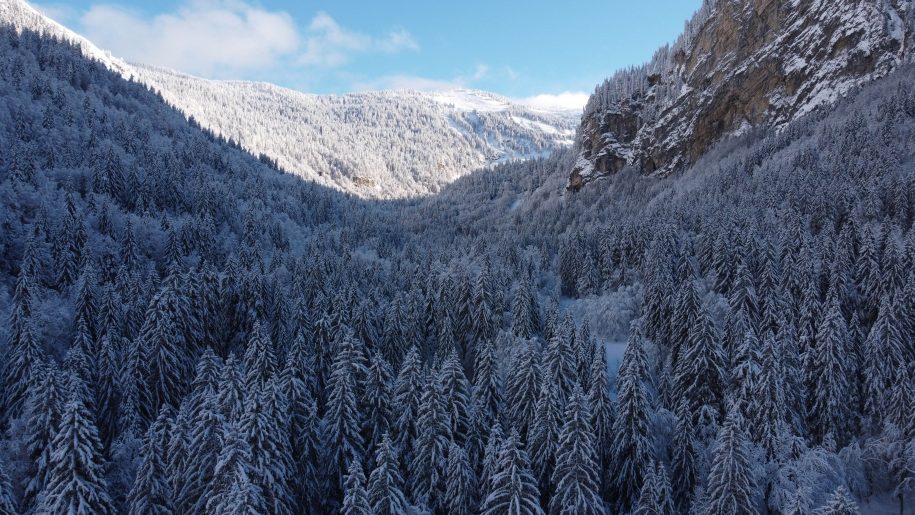 Posted by stayhide_admin on 11 December 2021 | Featured | No Comments

Following on from the early opening of certain ski areas in the Portes Du Soleil last weekend, Avoriaz officially opened for winter with incredible snowfall that just keeps on coming!

The past couple of weeks have seen some of the heaviest early season snow falls in years, with a base layer of over two metres at the highest altitudes. The snow arrived late this year, but since it started it’s barely stopped!

With such incredible amounts of snow, Morzine also decided to join in with Pleney and Nyon opening for the weekend before their official opening next weekend. Les Gets, which opened for the weekend last week, also opened this weekend.

The snow has provided certain challenges in resort. The road to Ardent has been closed for part of the weekend due to fallen trees, and the road to Prodains has been quite treacherous for drivers. The snow level is all the way down to Geneva meaning that transfers to resort are taking longer. The buses are up and running in town, so there’s no need to worry about driving to the slopes.

However, it has been well worth the effort to get up the hill.

The trees in Lindarets have provided plenty of fresh, deep powder for anyone who made it up. The weather is expected to improve over the next couple of days. It looks as though most of the week will be clear and sunny. This means that conditions should be perfect!

More of the ski area should open up as the weather improves. Chatel has also opened some of their slopes, so hopefully the link between Avoriaz and Chatel will be opening.

The high snowfall has made for an unstable snowpack, meaning that the avalanche risk remains high. This should stabilise in the coming week.

The Rock on Snow Tour and Volcom Spot to Spot events also meant there was plenty to do on the slopes.

After a busy opening weekend, the slopes should get quieter this week. There’s plenty of fresh snow to enjoy before the New Year crowds arrive. It’s not too late to book an early season getaway, and conditions couldn’t be better!